In November 1965, Ralph Nader published a book called Unsafe at Any Speed, which detailed safety problems with the Corvair, a popular General Motors automobile. Concerned that the book might jeopardize Corvair sales, General Motors hired private investigators to find evidence about Mr. Nader’s personal life that might discredit him.

The court ruled that Mr. Nader could sue General Motors for invasion of privacy based on his claims of wiretapping and electronic eavesdropping. The court decided that General Motors’ attempt to gather information could constitute an invasion of privacy if the information sought was confidential in nature and the means used were unreasonably intrusive. 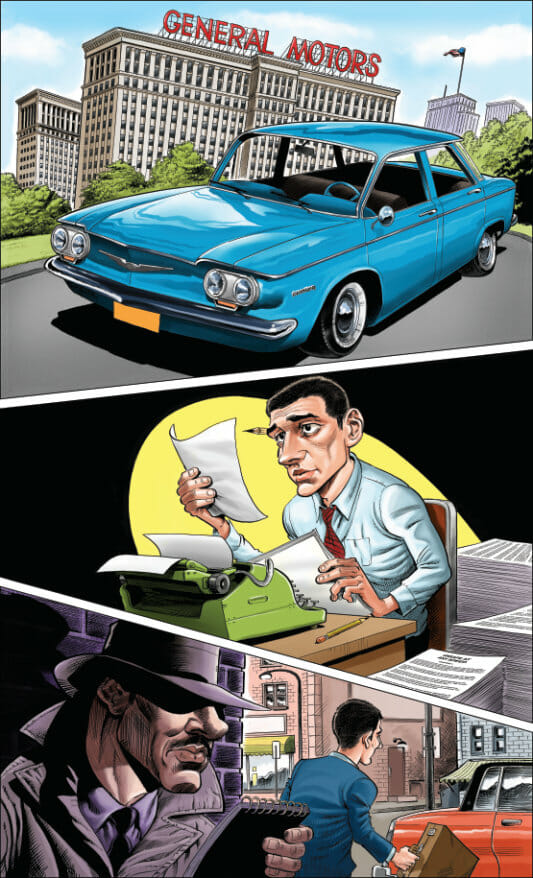 General Motors eventually paid Ralph Nader $425,000 to settle the case out of court and issued a public apology to him. Mr. Nader used the money, after deducting his lawyer’s fees and other expenses, to finance projects that included investigating General Motors for safety, pollution, and other consumer concerns. 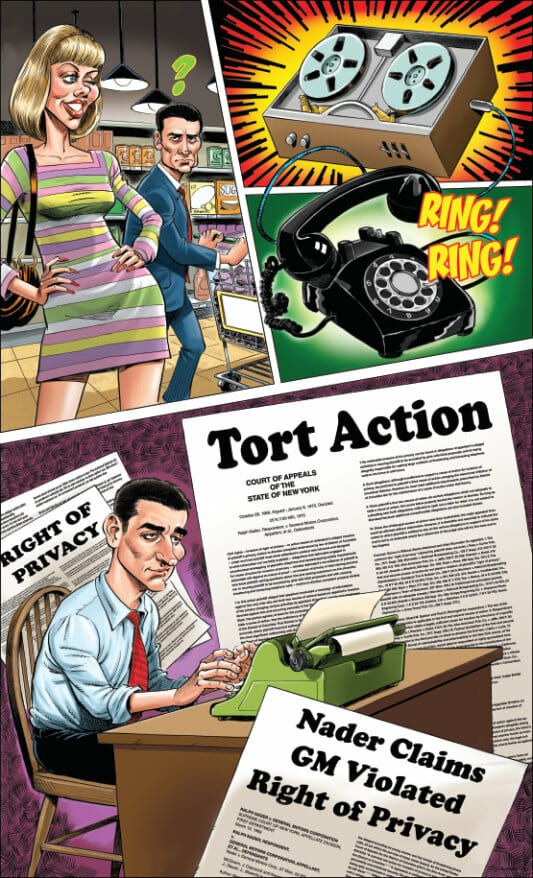 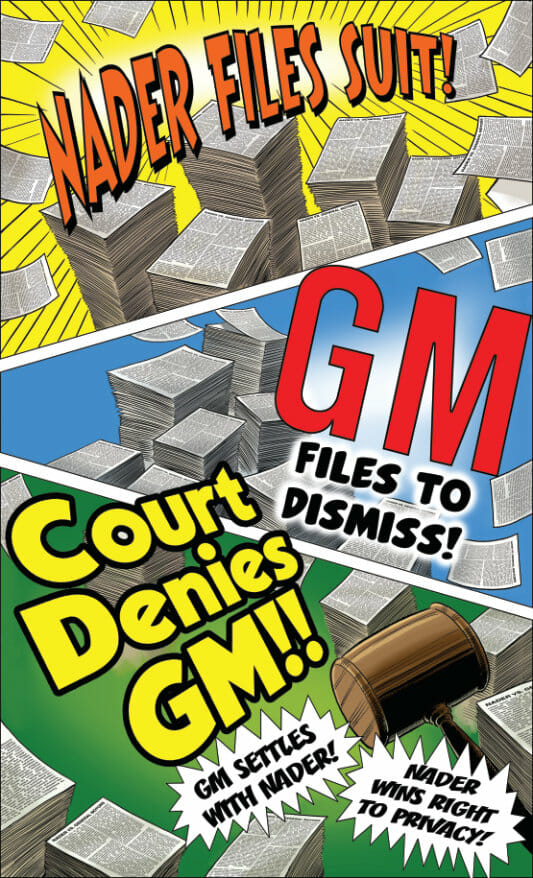 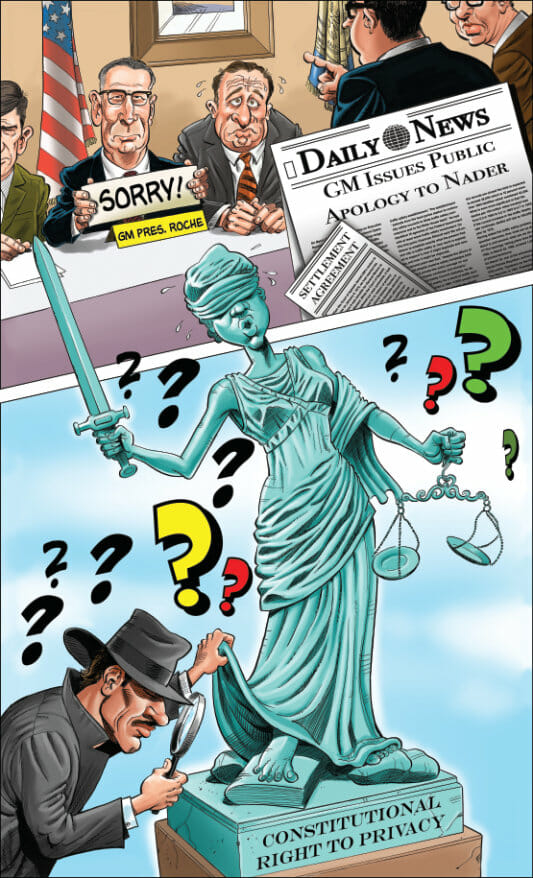